Book Description: The #1 New York Times bestselling sequel to Words of Radiance, from epic fantasy author Brandon Sanderson at the top of his game. In Oathbringer, the third volume of the New York Times bestselling Stormlight Archive, humanity faces a new Desolation with the return of the Voidbringers, a foe with numbers as great as their thirst for vengeance. Dalinar Kholin’s Alethi armies won a fleeting victory at a terrible cost: The enemy Parshendi summoned the violent Everstorm, which now sweeps the world with destruction, and in its passing awakens the once peaceful and subservient parshmen to the horror of their millennia-long enslavement by humans. While on a desperate flight to warn his family of the threat, Kaladin Stormblessed must come to grips with the fact that the newly kindled anger of the parshmen may be wholly justified. Nestled in the mountains high above the storms, in the tower city of Urithiru, Shallan Davar investigates the wonders of the ancient stronghold of the Knights Radiant and unearths dark secrets lurking in its depths. And Dalinar realizes that his holy mission to unite his homeland of Alethkar was too narrow in scope. Unless all the nations of Roshar can put aside Dalinar’s blood-soaked past and stand together—and unless Dalinar himself can confront that past—even the restoration of the Knights Radiant will not prevent the end of civilization. Other Tor books by Brandon Sanderson The Cosmere The Stormlight Archive The Way of Kings Words of Radiance Edgedancer (Novella) Oathbringer The Mistborn trilogy Mistborn: The Final Empire The Well of Ascension The Hero of Ages Mistborn: The Wax and Wayne series Alloy of Law Shadows of Self Bands of Mourning Collection Arcanum Unbounded Other Cosmere novels Elantris Warbreaker The Alcatraz vs. the Evil Librarians series Alcatraz vs. the Evil Librarians The Scrivener's Bones The Knights of Crystallia The Shattered Lens The Dark Talent The Rithmatist series The Rithmatist Other books by Brandon Sanderson The Reckoners Steelheart Firefight Calamity At the Publisher's request, this title is being sold without Digital Rights Management Software (DRM) applied.

This volume is the second half of the novel Oathbringer. In Oathbringer, the third volume of the Stormlight Archive series, humanity faces a new Desolation with the return of the Voidbringers, a foe whose numbers are as great as their thirst for vengeance. The Alethi armies commanded by Dalinar Kholin ...

The Way of Kings

From #1 New York Times bestselling author Brandon Sanderson, The Way of Kings, Book One of the Stormlight Archive begins an incredible new saga of epic proportion. Roshar is a world of stone and storms. Uncanny tempests of incredible power sweep across the rocky terrain so frequently that they have shaped ...

The Republic of Thieves

Alcatraz vs The Evil Librarians Series

This discounted ebundle includes: Alcatraz vs. The Evil Librarians, The Scrivener's Bones, The Knights of Crystallia, The Shattered Lens, The Dark Talent An action-packed fantasy adventure series by the #1 New York Times bestselling author Brandon Sanderson. Alcatraz Smedry and his family and friends must battle a cult of evil Librarians ...

An instant #1 New York Times Bestseller and a USA Today and Indie Bestseller! The Stormlight Archive saga continues in Rhythm of War, the eagerly awaited sequel to Brandon Sanderson's #1 New York Times bestselling Oathbringer, from an epic fantasy writer at the top of his game. After forming a coalition of ...

From #1 New York Times bestselling author Brandon Sanderson, Words of Radiance, Book Two of the Stormlight Archive, continues the immersive fantasy epic that The Way of Kings began. Expected by his enemies to die the miserable death of a military slave, Kaladin survived to be given command of the royal ...

From #1 New York Times bestselling author Brandon Sanderson, Warbreaker is the story of two sisters, who happen to be princesses, the God King one of them has to marry, the lesser god who doesn't like his job, and the immortal who's still trying to undo the mistakes he made hundreds ...

Alcatraz Versus the Knights of Crystallia

When Alcatraz and Grandpa Smedry make a pilgrimage to the Free Kingdom city of Crystallia, they are shocked to find the city under seige by the Evil Librarians--led by Alcatraz's own mother....

Legion Lies of the Beholder

The shocking conclusion to Brandon Sanderson's Legion novella series, on its own for the first time. Stephen Leeds is perfectly sane. It’s his hallucinations who are mad. A genius of unrivaled aptitude, Stephen can learn any new skill, vocation, or art in a matter of hours. However, to contain ...

From Brandon Sanderson—author of the #1 New York Times bestselling Stormlight Archive and its fourth massive installment, Rhythm of War—comes a new hefty novella, Dawnshard. Taking place between Oathbringer and Rhythm of War, this tale (like Edgedancer before it) gives often-overshadowed characters their own chance to shine. When a ...

From #1 New York Times bestselling author Brandon Sanderson, a special gift edition of Edgedancer, a short novel of the Stormlight Archive (previously published in Arcanum Unbounded). Three years ago, Lift asked a goddess to stop her from growing older--a wish she believed was granted. Now, in Edgedancer, the barely teenage ...

In an alternate reality a lot like our world, every person’s physical size is directly proportional to their wealth. The poorest of the poor are the size of rats, and billionaires are the size of skyscrapers. Warner and his sister Prayer are destitute—and tiny. Their size is not ...

An all-new 120-page Stormlight Archive novella, "Edgedancer," will be the crown jewel of Arcanum Unbounded: The Cosmere Collection, the first book of short fiction by #1 New York Times bestselling author Brandon Sanderson. The collection will include nine works in all. The first eight are: “The Hope of Elantris” (Elantris) “The ... 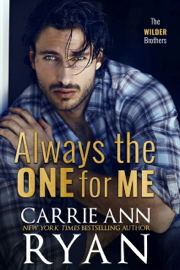